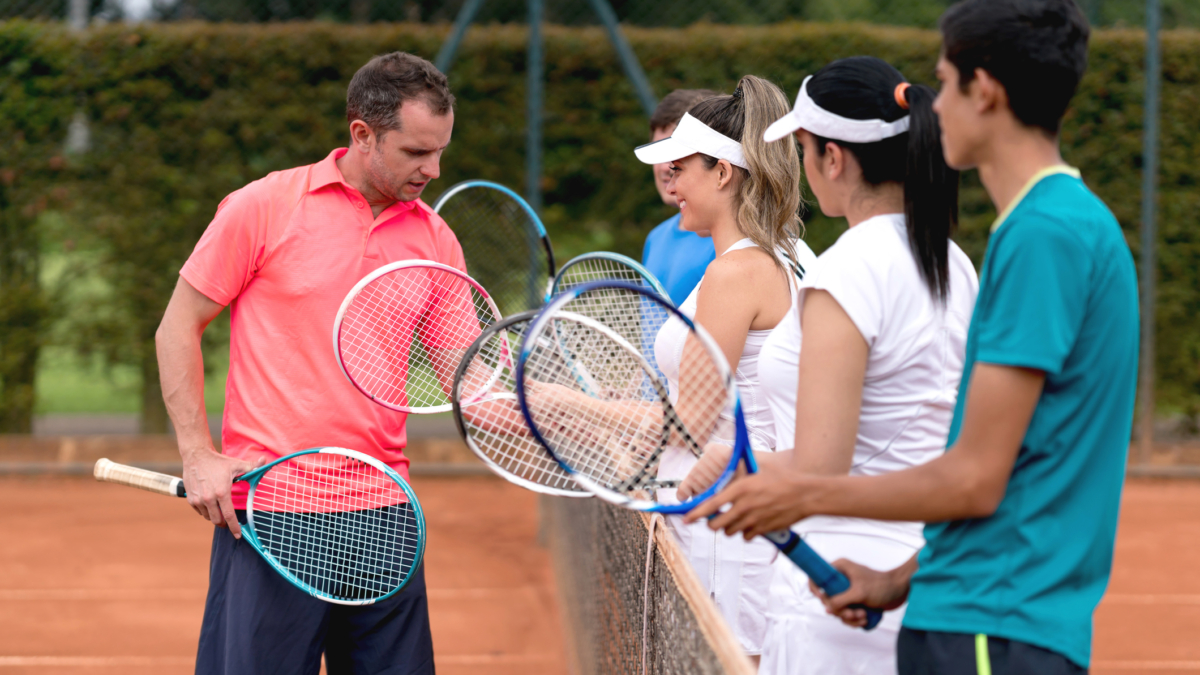 Our tennis industry is going through some very tough times. Certainly the efforts are there to maintain players, but we are losing a good many of our senior players to pickleball. Many of those tennis players were not tennis players in the first place. Twenty years ago we had a dip after platform tennis surged. In that surge, we lost a great many folks in their 30’s and 40’s, many of whom had stopped playing tennis altogether. These are indeed tough times for tennis numbers. One bright spot is the strength of high school tennis. Those players are showing up. Our challenge is to keep them playing.

I bring up the overview of play because, while participation is indeed a challenge, the industry’s biggest challenge is maintaining and growing the tennis teaching professional ranks. Specifically, the aging of the American tennis teaching industry is rising at an alarming rate. The USTA, PTR, and the PTA are all making concerted efforts to educate, recruit and promote the industry to young people, but it is a tough battle, especially recruiting accomplished players, who are much needed in clubs and facilities to work with aspiring high school players. In my view, the average American college tennis player is not gravitating to the tennis teaching industry. The reasons are many; hard work, variable hours, lack of a decent income, lack of benefits and little upward mobility to name just a few.

Where is the low hanging fruit to gain some teaching numbers? It is the large number of foreign tennis players attending and playing at American colleges. Truthfully, there is a profound resentment in the tennis industry on the large number of overseas tennis players playing at United States universities and colleges. The reason the number is large is because we are not producing enough high performance domestic players to fill college rosters. Hence, the large influx of the world’s best young players is here. In addition, in most foreign lands, athletic participation choices, are in comparison, modest, as contrasted to choices here in the States. One other fact that hurts tennis at this time is the low birth rate in the US that seems to be lower each and every year.

What the industry has to do is to keep the graduating foreign players here and train them to be tennis teaching professionals. The group graduating each year, who wishes to stay here, could certainly find work at our nation’s tennis facilities.

How do we keep those candidates here after their playing days are over? The answer might be in the next few paragraphs.

A question I have is “how can Major League Baseball, The NBA, and Major League Soccer operate here, year after year, with rosters stocked with foreign players?” For the record, based on the latest stats, Major League Baseball rosters have 27.1% foreign born players, the NBA 25.1%, and Major League Soccer 56.4%. How can those pros participate year after year in this country and yet a tennis teaching pro has to leave, for the most part, even with help, after 3 years? Plus, we need tennis pros more than we need baseball, basketball, and soccer players!

What’s the answer? It is, of course, money and navigating the system. Pro teams certainly have a legal team or have contracted those specializing in immigration law, to keep those players here. Tennis governing bodies have elected not to afford this process, have elected not to garner resources to pursue this option, or have simply ignored this opportunity.

One of my former students at the University of Wisconsin went on to become a Major League Baseball exec. I wrote to him asking how baseball players can stay year after year. His answer is, “baseball has a staff that works with the players to gain Visas. Their applications, coordinated by each team, begin in the off season for arrival in March. They can stay only thru November. In addition, players applying for a P1 Visa are treated differently than coaches. Coaches have a stricter protocol to go through. Also, families are not allowed to be in the states unless there are circumstantial reasons to do so. In that case, a special appeal has to take place.” The key factor is this P1 Visa. According to the official U.S. Citizenship and Immigration website, “an athlete must be coming to the United States to participate in team events and must have achieves significant international recognition in the sport. Obviously, with tennis, this is a tough description because most of the foreign tennis players are not international stars. That brings us to the coaches’ designation. This is a much stricter protocol, but achievable if the most knowledgeable people help tennis with this issue.

While investigating this article, I came across some valuable information from an immigration law firm, Jaensch Immigration Law, in Sarasota, FL. They have supplied up to date information to sportvisaamerica.com. The section pertinent to my thoughts is called the H-1B visa. This is for workers in specialty occupations. Stated is “The visa is issued for up to three years and is renewable for a second three-year period. The visa will permit the athlete to work for an American Company in a position that normally requires a university degree. Sometimes this will work for an athlete who wants to work as a coach or instructor, but not always.” Certainly this deserves some investigation by our tennis governing bodies.

The need for teaching pros is dire. American kids just do not see feeding balls as a career. However, I know from experience, having worked with former foreign born college players, that many have the desire and passion to want to teach here. Their alternative is going back to their home countries, which, for the most part, is not attractive for income.

I hope those of us in the industry can capitalize on this opportunity. Your thoughts?